Some more amazing reviews of my stuff have been posted up here and here by the lovely Richard Bruton.
Along with being totally over the moon, I am feeling slightly fraudulent as I haven't got anything new ready for the Alternative Press Fair.
It takes place in Camden this Sunday Feb 1st. Click HERE for more details.
I am trying to write and have come up with a few bits and pieces, including a script for Dan Lester's next comic. Dan is living with us again and seems to tolerate our current obsession with the Wire, despite repeatedly having to sit through episodes he's seen before.
This week was my birthday, so I am planning on some drinking this weekend.
Posted by fabtoons at 04:49 No comments:

This saturday, some of my work will be featured at an exhibition of comics and zines created by women curated by Melanie Maddison of Colouring Outside the Lines,
Zine Fest takes place 12pm–4pm on Saturday 24th January at
The Women's Library
25 Old Castle Street
LONDON E1 7NT

Read more about it HERE
Posted by fabtoons at 06:18 1 comment:

Read all about it 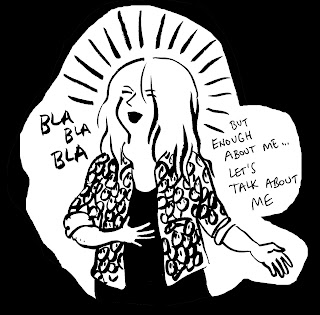 Matt Badham interviewed me a few of months ago and has posted it on Bugpowder. Click here to read it.
Fame at last!
Posted by fabtoons at 07:00 No comments:

Labels: bugpowder, matt badham, the most natural thing in the world

Attempting to kickstart the machine

I am struggling with getting started on a new project and it's getting me down.
I hate this feeling of being stuck.
And with various events looming, panic is starting to set in.
Maybe if I clear up my workspace it will unblock my mind.

Meanwhile Art Spiegelman's sumptuously produced Breakdowns is a treat to handle; the large format, the quality of paper and printing, the smell... His original 1978 collection of experimental comics, including his first stab at Maus, is bookended by newer autobiographical material. The use of colour in these newer sections is particularly pleasing to the eye, while the variety of styles and exploration of form and content in all Spiegelman's output makes for an inspiring and challenging read.
I was also given a set of four books on human rights, the first one containing a long Joe Sacco strip about the women of Chechnya. So far I have only managed the Chechen one and one about the murder of girls in Juarez, Mexico, as the material is so harrowing, one can only take so much without being overwhelmed with despair.

On a much more cheerful note, I just checked out this interview with Rob Jackson on Bugpowder.
Posted by fabtoons at 09:36 No comments:

Into the swim again 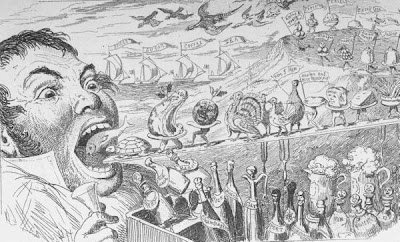 The last of the festivities are finally behind us. Took down the tree and decorations and did the galette des rois thang last night, and bar the stray choccies and goodies still lying around, it's back to normal at Tesco Towers.
Christmas day and New Year's eve were pretty jolly, with Granny and various extended family and friends swelling the numbers. Got some good swag – three Leonard "sexy" Cohen albums and some comics: Spiegelman's latest, a Cabu so massive I will need one of those lecterns they put the big bibles on in church to read it, Ghost World, Blankets... The only one I have read so far is Pyongyang by Guy Delisle, about a trip to North Korea. Rob Jackson does far eastern travel with more wit and self deprecation, but it's still a good read.
I seem to have acquired a Wire habit. Halfway through the second season, with three and four in the post, I'm totally obsessed with McNulty, Omar et all and have taken on board such new expressions as "mos def" and "good police".

There were some great highs in 2008 but the lows more than outweighed them. In the balance I can only hope that those experiences will send us forth better equipped to deal with what life wants to throw at us.
Posted by fabtoons at 12:32 No comments: