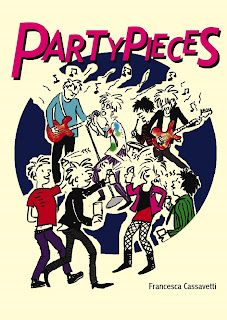 Got round to reading more of my swag; Oliver Lambden swapped Issue 7 of Tales from the Flat with me and it just keeps getting better, from the wonderful cover (I chose Oliver's) all the way to the extra story by Mallorychan at the end. And the anthology is packed full of great stuff really nicely reproduced in full color for those who took advantage of the opportunity (I did for my Retainer story and am well pleased with the result).
Have now redesigned the cover of Party Pieces but decided in the end not to retitle it...
Posted by fabtoons at 02:32 1 comment: 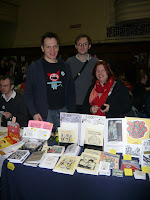 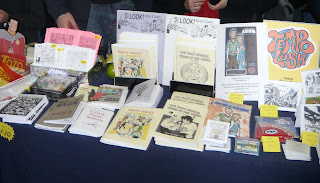 It's been a while - had my head down for the last few weeks desperately trying to get the new comic finished for the Thing last Saturday. Printing, collating and stapling until past midnight but was all set for the early start in the morning. Had the good sense to wrap all comics in plastic as it was pissing down on the way there. Travelled from West London with the lovely Richy K Chandler and met up with the excellent Richard Peel at the venue. We were sharing a table and endeavoured to squeeze our wares on to the tiny space.
It was a fun day despite the cold and miserable weather. Didn't spend enough time browsing the other tables but still managed to come home with a pile of purchases and swaps which I am still working my way through.
On top of our usual stock, we were offering Richy's sweet new minicomics (Mish Mash Mosh, Govindra the Meditating Rabbit, and Subject 14d), Richard's bewildering array of £1 comics (as well as Intense Sticker Warriors), and my new opus.
I didn't do too badly but but felt unhappy with the cover which just isn't eye-catching enough. I am now redesigning it. And maybe renaming it.
I should have given it a lot more thought but was so determined to have it ready for the Thing...
The few people who aquired it on the day will have that uber-rare version that will be worth a mint one day.
As well as the above mentioned, I have so far enjoyed Alex Potts' Lost Shoe Comics number 4 (now that's got a great cover- lino cut), Will Kirby's one about getting over his girlfriend in Paris, Cath Arctic's Waterloo Teeth.....
There is lots more I haven't even looked at yet, including the anthology (except to check that my effort printed OK).
David O'Connell had the table next to ours, and, not content with being a thoroughly good egg, has produced the amazing Tozo in impeccable "ligne claire". I loved his hourly mini too.
Managed to catch a couple of drinks with Peter Lally in the pub but pushed off too early to really get stuck into the post-thing thing as I had a scrummy mexican meal awaiting chez Krissie.
Posted by fabtoons at 08:38 2 comments: 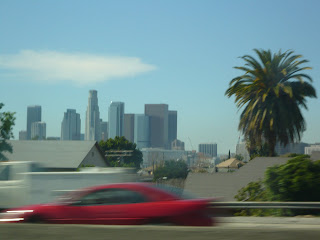 Back in blighty and finally over the jetlag after one of the best trips ever where, as well as driving across the Mojave Desert and all that iconic stuff, I reconnected after twenty years with one of my best mates from art college. 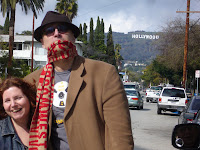 Oh yes, and just by chance, we happened to bump into U2 at the Joshua Tree. 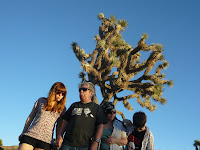 Posted by fabtoons at 08:29 No comments: