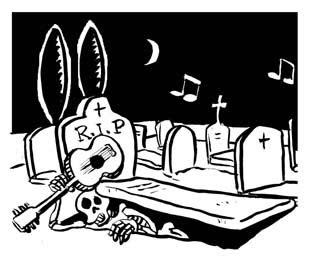 It's my favourite festival of the year again! And to mark the occasion I will be unveiling a new minicomic and Tshirt at Handmade and Bound this Sunday. If you want to see the whole thing, I've posted it on the Sequential HERE.
I hear there will be plenty of other goodies on offer including something quite surprising from the uncompromising Schmurgen Jonerhaffs. 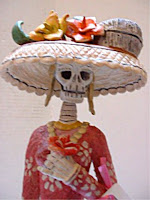 I will be celebrating fully with my little nieces who come over from France especially. Friday night, the V&A is putting on a special evening under the heading In the Dead of Night, Saturday we will be indulging in a spot of your good ole trick or treating, while Sunday offers up the unbounded joy of THIS. I think I might die of excitement!!!
Luckily Handmade and Bound is just up the road from the British Museum, or I might consider giving it a miss.....
Posted by fabtoons at 08:07 No comments:

Cos I'm worth it 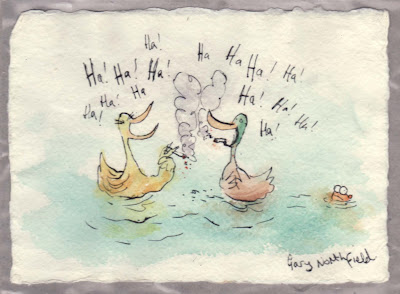 Well, that was different. I felt decidedly underdressed as an uninterrupted flow of ninjas, monsters and nymphets filed past my table. The beating drums and inane singing made my head throb as I sweltered in the heat generated by thousands of bodies encased in lycra, fake fur, pvc and cardboard. And that was before downing the five cocktails – electric lemonade administered a much needed shock to revive the system after two days of being ignored by the manga buying fraternity. 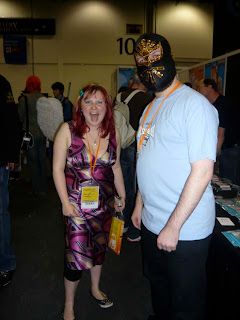 Highlights of the weekend, pub with fellow small pressers not included, were the visit from Annie and Joe (who enlightened us philistines on some of the costumes on display), purchasing a gorgeous little watercolour from Gary Northfield, and a rare appearance by the elusive Schmurgen Jonerhaffs, promoting his new material. Check out more PICS HERE
Posted by fabtoons at 03:56 No comments:

The bastards are on their way 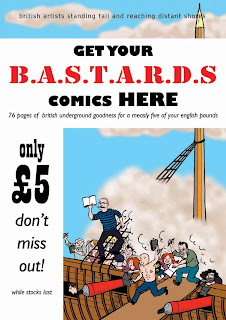 Finally got word of imminent arrival of printed comics! In time for MCM at the weekend, yippee!
My printer is playing up as usual. Does it to me before every convention, probably nerves. I'm getting quite excited as I'm gearing up for a run of events over the next month starting this Saturday, and taking in Handmade and Bound on November 1st, Comiket on November 8th and Leeds on November 21st.
Printer don't fail me now!
Posted by fabtoons at 00:45 No comments: 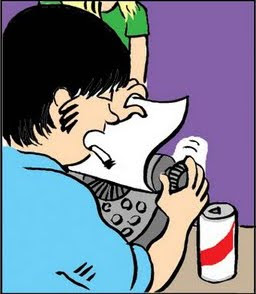 Despite the distractions of the last couple of weeks, I'm back in harness on the Members epic tale, slowly growing, page by page...
London Expo is looming and Leeds will soon be upon us, so the printer will be put through its paces over the next few days.


Meanwhile other projects are bubbling under.
Posted by fabtoons at 07:42 No comments:

On my trip to France, along with a couple of other titles, I picked up a copy of Serge Clerc's Le Journal, his frenetic story of Metal Hurlant magazine. The perfection of Clerc's line always takes me back to the golden age of the NME when they had decent writers. I would devour it cover to cover week after week, and marvel at the composition of his retro illustrations. I now find out that this rigourous stylist, whom I could only dream to emulate, was creating these formally impeccable images out of what appears to be turmoil and chaos.
Plucked from the provinces when barely grown to collaborate with the sophisticated Dionnet and Manoeuvre, he is bombarded with culture and has to absorb a lifetime's knowledge of scifi, cinema, comics and rock n roll at an accelerated rate, while at the same time trying to get to grips with alcohol and women (and I'm only half way through). 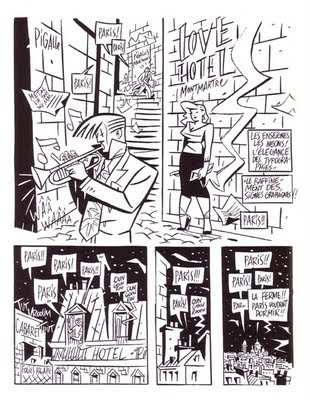 I had been slightly disappointed by the narrative quality of those Clerc albums I had read up to now, finding his style to dominate over content, a certain glacial distance.
But here is a work that gives me a sense of the man wielding the pen, of his struggle for perfection, of his fear of being sidelined by rivals, of his feet of clay.
Clerc will always represent an unattainable summit of graphic excellence, but with this book he has managed to make me warm to him. He reveals his self doubt, his relentless desire to learn and improve, a kid trying to keep up with and impress the adults around him.
The contrast between the fautlessness of his line and the disjointed insanity of his storytelling has turned my admiration into love.
Posted by fabtoons at 00:26 2 comments: 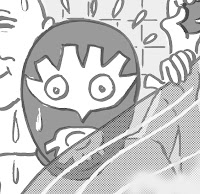 I'm off to France again tomorrow so gutted that I will miss THIS!
Anyway pop along if you're in the neighbourhood and grab a sandwich and a comic from our friend Schmurgen, I understand he has a new one out.
The lovely Sally-Anne Hickman and I met at Gosh to get our books signed by Joe Sacco, author of Palestine, on Wednesday. We stood in line and were impressed that he took the time to talk to everyone. Also he is far smarter than me, as he draws himself in his comics much uglier than he really is, so one is agreeably surprised on meeting him.
I have just listened to Sally-Anne's Thursday interview on Resonance FM. Listen to it HERE to find out what she's working on. Oh and she gives B.A.S.T.A.R.D.S a mention too.
Posted by fabtoons at 02:28 No comments: